St. Louis — Despite hearing the warnings about the health hazards of prolonged sitting – including greater risk of obesity, diabetes, heart disease and certain cancers – most Americans aren’t taking heed.

Using data from the National Health and Nutrition Examination Survey, researchers from the School of Medicine at Washington University in St. Louis examined a “nationally representative sample” of more than 51,000 Americans across various ages, races and ethnic groups over a 16-year period (2001-2016).

The researchers found that daily sitting time among teens increased to just over eight hours a day in 2016 from seven in 2007. Among adults, sitting time rose to nearly 6.5 hours a day from 5.5 in the same time period.

“In almost none of the groups we analyzed are the numbers going in the right direction,” senior author Yin Cao, an epidemiologist and assistant professor of surgery at Washington University, said in an April 23 press release. 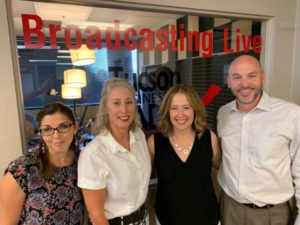 Austin, TX — More than 7 out of 10 people admit to driving drowsy, and nearly 1 in 4 say they’ve driven drunk, according to a recent report from online driving school DriversEd.com.

“When it comes to driving safety, the country and its roadways are in a state of perennial crisis – and the situation is getting worse, largely thanks to phones, texting and social media,” Laura Adams, safety and education analyst for DriversEd.com, said in a May 31 press release.

“For each and every one of these hazardous behind-the-wheel behaviors, there are solutions – from checking your eyesight and hearing to assigning a designated driver to setting calendar reminders to inspect your tires to meditating before driving to simply exercising self-discipline,” Adams said.

Drivers operating on four to five hours of sleep are four times more likely to be involved in a traffic incident, according to the National Safety Council, which recommends getting at least seven hours of sleep before driving, and stopping to rest every two hours during long commutes. 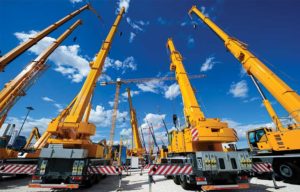 Tumwater, WA —A new hazard alert from the Washington State Department of Labor & Industries outlines the roles, responsibilities and procedures of erecting and dismantling tower cranes.

Published in June, the alert is intended for tower crane owners, as well as contractors and their employees who use, erect and dismantle tower cranes. The two-page publication goes over planning and communication, as well as who can serve as an assembly/disassembly director – defined in the alert as “one who is competent and a qualified person, or a competent person assisted by one or more qualified people.”

According to OSHA standard 1926.32(m), a “qualified” person is “one who, by possession of a recognized degree, certificate, or professional standing, or who by extensive knowledge, training, and experience, has successfully demonstrated his ability to solve or resolve problems relating to the subject matter, the work, or the project.”

WASHINGTON, DC – The U.S. Department of Labor’s Mine Safety and Health Administration (MSHA) has completed a major upgrade to its primary data system – the Mine Data Retrieval System (MDRS) – bringing increased functionality and more intuitive navigation to this widely used feature.

The MDRS offers a variety of tools to help operators monitor their compliance with MSHA regulations. The system provides access to comprehensive mine location, status, ownership, employment, production, accident/inspection/violations history, and health sampling data. Additionally, MSHA’s compliance assistance calculators – Pattern of Violations (POV), Significant and Substantial Rate, and Violations per Inspection Day – can be accessed here. The MDRS gateway is the most visited page on the agency’s website, www.msha.gov. 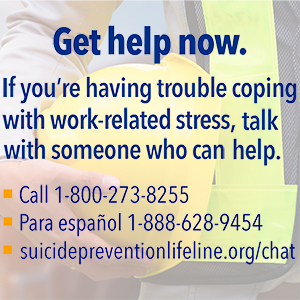 Suicide is a serious public health concern that can have lasting harmful effects on individuals, families, workplaces and communities. A new webpage provides confidential resources to help identify the signs and how to get help. 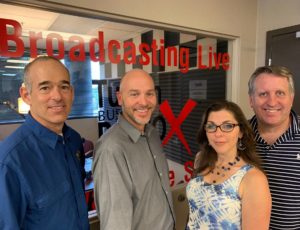 This month’s guest are Danny Knee Executive Director of Community Investment Corporation and Kevin Koch Co-Founder and Co-Owner of Technicians For Sustainability. 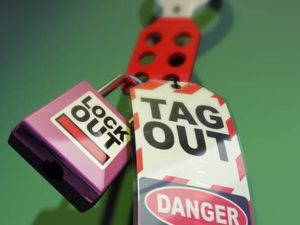 OSHA is requesting information on a possible update of Control of Hazardous Energy (LOTO) Standard. Comments must be submitted on or before August 18, 2019. Comments and materials may be submitted electronically at http://www.regulations.gov, the Federal e-Rulemaking Portal, or by facsimile or mail. See the Federal Register notice for submission details. 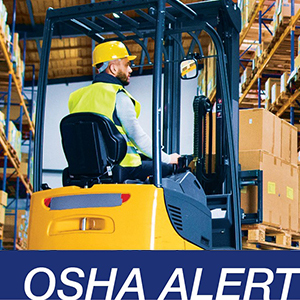 OSHA’s new flyer on five things you should know to stay safe in a trench addresses the most common trench-related hazards. The agency has additional resources for employers and workers on trenching safety, including a short video. 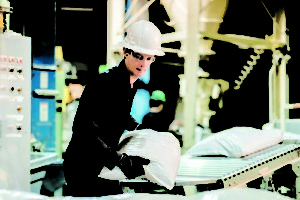 Lifting objects or manually handling materials puts workers at risk for back injuries. More than 111,000 such injuries requiring days away from work were recorded in 2017, according to “Injury Facts,” an online database created by the National Safety Council. What can employers and workers do to prevent them?    Continue Reading»