The U.S. Department of Labor released its occupational injuries summaries in mid-December 2016.  Key findings (as reported by the CFOI) are listed below.  As you read through these statistics, think about how they apply to you.  Do you or someone you work with fall into one of the groups included in the summary?  Did you or someone you work with experience an injury or near miss in the last year or two? 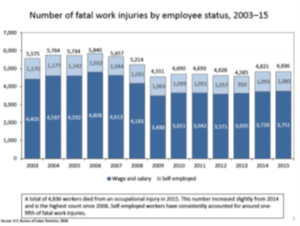 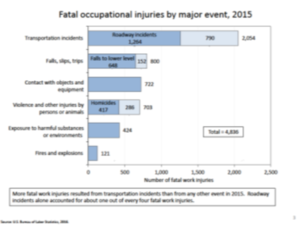 Behind the statistics lie the real stories of the people, workplaces, families and communities impacted by these fatalities.  The best way to honor those who lost their lives in work related incidents is to do what you can to prevent future deaths.  Influence the culture at your company.  Know your company’s safety policies.  Make suggestions to improve those policies and practices.  Put safety on the daily by reminding those around you of the safe way to do the work.  Be the voice of those lost  to work place incidents.