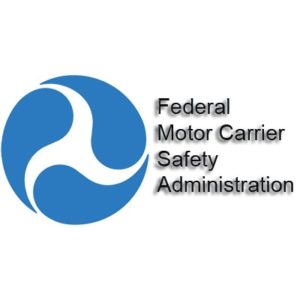 Roadside inspections conducted on Texas Interstate Express demonstrated egregious violations such as using drivers who were prohibited in the Drug and Alcohol Clearinghouse, using drivers who had no commercial driver’s license, using drivers who had no records of duty status, and allowing drivers to violate roadside out-of-service conditions.  In signed statements, two of Texas Interstate Express’ drivers stated to FMCSA that motor carrier official(s) at Texas Interstate Express and/or PAC Express instructed them to disregard being placed out-of-service for hours-of-service (HOS) violations and continue on with trips after the roadside inspectors were no longer monitoring them. The same two drivers stated that they were also instructed to avoid inspections and bypass scales and that they would be dispatched on trips that could not be made within HOS rules and without speeding.  As suggested by the findings of the roadside inspections on Texas Interstate Express and then PAC Express, PAC Express did not have a program to detect and deter the use of controlled substances by its drivers, did not have an effective program to ensure its drivers were qualified and licensed, did not have a program to control its drivers’ hours of service, and did not have a program to ensure its vehicles were appropriately inspected and repaired.

FMCSA’s imminent hazard out-of-service order states that Texas Interstate Express’ and PAC Express’ “…avoidance of compliance with the [safety regulations] and the Out-of-Service Order substantially increases the likelihood of serious injury or death for your drivers and the motoring public if your operations are not discontinued immediately.”

Failing to comply with the provisions of the Federal imminent hazard order may result in civil penalties of up to $29,893 for each violation.  Motor carriers may also be assessed civil penalties of not less than $11,956 for providing transportation in interstate commerce without operating authority registration, and up to $16,864 for operating a CMV in interstate commerce without USDOT Number registration.  Knowing and/or willful violations may result in criminal penalties.

A copy of the imminent hazard order issued to Texas Interstate Express and PAC Express is available here.