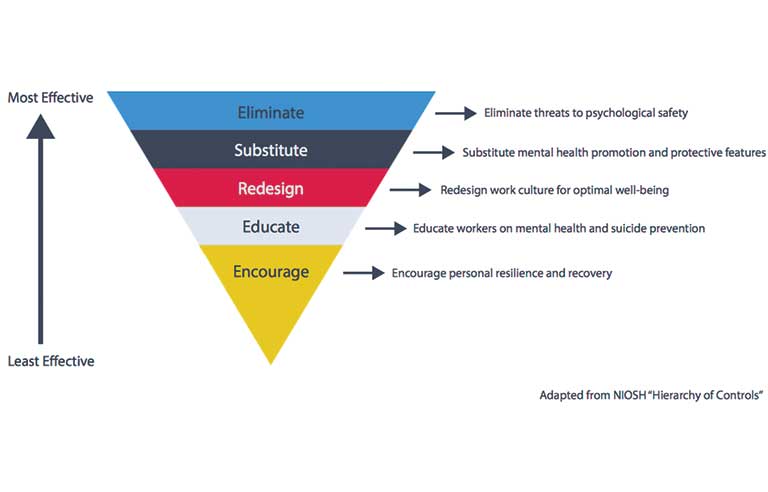 Washington — A trio of advocacy groups is calling on employers to take a proactive role in suicide prevention in the workplace, and has published a new set of guidelines.

The National Guidelines for Workplace Suicide Prevention were developed by the American Association of Suicidology, the American Foundation for Suicide Prevention and United Suicide Survivors International – with input from experts in human resources, employment law and employee assistance; labor and safety leaders; and workers who have experienced a suicide crisis on the job.

In 2018, the groups conducted an online survey of 256 people from 41 states and found that 46% of the respondents said they knew at least one friend, co-worker or family member who had attempted suicide, while 43% reported having lost at least one friend to suicide. Additionally, a 2018 analysis from the Centers for Disease Control and Prevention concluded that suicides among the U.S. working age population rose 34% from 2000 to 2016.

According to the groups, the guidelines – part of an 88-page report – are applicable to small and large employers in all industries and throughout the public and private sectors. They:

“We aim to change the culture of workplaces to reduce elements that cause job strain like sleep disruption, job insecurity and low job control – things shown to be connected to suicide risk,” AAS Executive Director Colleen Creighton said in a press release. “We know these guidelines will not only save lives, but will also alleviate intense emotional suffering by making changes to systems while helping individuals in the workplace.”