SUMMARY: FMCSA grants, until June 30, 2020, a waiver from certain regulations applicable to interstate and intrastate commercial driver’s license (CDL) and commercial learner’s permit (CLP) holders and to other interstate drivers operating commercial motor vehicles (CMVs). The Agency has initiated this action in response to the President’s declaration of a national emergency under 42 U.S.C. § 5191(b) related to Coronavirus Disease 2019 (COVID-19).

For reference, FMCSA estimates there are 3.2 million commercial driver license holders participating in interstate commerce and 1 million CDL holders participating in intrastate commerce. Under the annual random testing rate of 25% of all driving positions, this meant at least 1.05 million random controlled substances tests were to be conducted. With a new annual random testing rate of 50%, approximately 2.1 million random tests will need to be conducted in 2020.

Authorized users can visit https://clearinghouse.fmcsa.dot.gov/register and create a user account. Register today to ensure you are ready on January 6, 2020, when the Clearinghouse will be fully operational.

To ensure you are prepared on January 6, 2020, when the Federal Motor Carrier Safety Administration (FMCSA) Drug and Alcohol Clearinghouse (Clearinghouse) becomes operational, we want to remind you about an upcoming change related to recording information on the Federal Drug Testing Custody and Control Form (CCF) and Alcohol Testing Form (ATF). 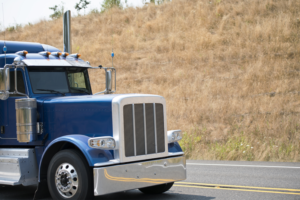 Washington — The Federal Motor Carrier Safety Administration is seeking input on whether it should clarify or revise the definitions of “agricultural commodity” or “livestock” in its hours-of-service regulations for commercial truck drivers.

FMCSA made the announcement in an advance notice of proposed rulemaking published in the July 29 Federal Register. Current regulations call for exemptions in HOS requirements during harvesting and planting season in each state. Drivers are exempt in a 150-air-mile radius from the source of that agricultural commodity.

In 49 CFR Part 395.2, FMCSA defines “agricultural commodity” as “any agricultural commodity, non processed food, feed, fiber or livestock.” The agency states that the newly published ANPRM “is prompted by indications that the current definitions of these terms may not be understood or enforced consistently when determining whether the HOS exemption applies.”

In June 2018, FMCSA issued guidance intended to clarify both the agricultural commodities exemption and the “personal conveyance” provision in HOS regulations.

The Department of Transportation has announced a new policy permanently banning any driver convicted of human trafficking from ever driving a commercial vehicle again.

According to a press release, the Federal Motor Carrier Safety Administration (FMCSA) announced the rule on July 16, 2019.

It follows up on the recent passage of the “No Human Trafficking on Our Roads Act,” which President Trump signed into law.

The new policy prohibits anyone who has used a commercial motor vehicle in the commission of a felony involving human trafficking from operating any other commercial vehicles for life.

A list of offenses permanently disqualifying people from driving commercial vehicles that require a commercial driver’s license already exists, but it did not include human trafficking offenses. 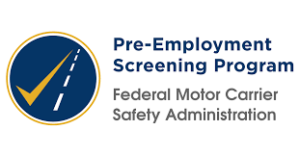 The FMCSA Pre-Employment Screening Program (PSP) Website has been updated with the June 28, 2019 snapshot from the Motor Carrier Management Information System (MCMIS).  The term “snapshot” refers to data captured from the MCMIS database as it appears on a particular date.

You may request a prospective driver’s latest PSP data at: https://www.psp.fmcsa.dot.gov.

PSP records include a 5-year crash and 3-year inspection history for commercial drivers.  Account holders may access a PSP record during the hiring process after the driver’s consent has been properly obtained.