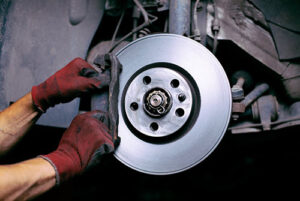 Washington — The Environmental Protection Agency (EPA) has announced a proposed rule that would ban the use of chrysotile asbestos, a known human carcinogen linked to lung cancer and mesothelioma – a cancer of the membranes in the abdomen and chest.

Chrysotile asbestos is the only known form of asbestos imported into the United States. It’s found in products such as aftermarket automotive brakes and linings, brake blocks, sheet gaskets, and other vehicle friction products.

“Today, we’re taking an important step forward to protect public health and finally put an end to the use of dangerous asbestos in the United States,” EPA Administrator Michael Regan said in an April 5 press release. “This historic proposed ban would protect the American people from exposure to chrysotile asbestos, a known carcinogen, and demonstrates significant progress in our work to implement the Toxic Substances Control Act law and take bold, long-overdue actions to protect those most vulnerable among us.”

In the Jan. 4, 2021, Federal Register, EPA announced Part 1 of a final risk evaluation for asbestos, which centers on chrysotile asbestos, and states the substance poses unreasonable risk to workers involved in numerous operations, including: