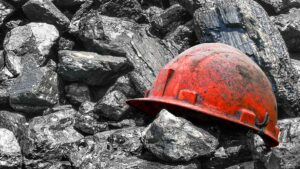 East Lansing, MI — A recent study of workers at sand, gravel and stone mines in Michigan found a higher number of doctor visits for shortness of breath compared with workers in other production industries.

Researchers at Michigan State University examined lung disease as well as exposure to silica, various allergens and other irritants among more than 1,200 surface mine workers from around the state. They asked the workers, who each had at least 15 years of experience, to complete a questionnaire and provided them with free chest X-rays and breathing tests.

Results showed “an increased prevalence of seeing a doctor for shortness of breath, possible work-related asthma and chronic obstructive pulmonary disease,” according to an MSU press release. In the release, lead study author Hailey TenHarmsel, a research assistant in the MSU College of Human Medicine, said the nature of surface mining leaves workers vulnerable to various exposure risks.

Doug Needham is executive director of the Michigan Aggregates Association, which represents 85% of aggregate mining operators in Michigan. “We are making sure the health and safety of the work itself and companies doing air monitoring aren’t exposed to anything,” Needham said. “We put in air monitors on their chest throughout a normal eight-hour day, and at the end of the day, they turn them in and get tested to ensure they weren’t exposed to any limits that will cause them harm.”

The study was published online in the Journal of Occupational and Environmental Medicine. 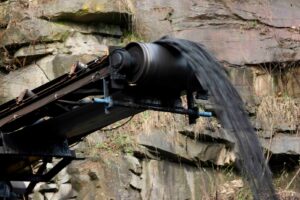 Washington — Proposed legislation would create funding for health care and other benefits for coal miners who have black lung disease by extending, for 10 years, a recently expired excise tax rate increase on coal production.

Black lung is another name for coal workers’ pneumoconiosis – a deadly condition caused by exposure to respirable coal mine dust.

The original increase excise tax rate, which supports the Black Lung Disability Trust Fund, expired Dec. 31. H.R. 6462, introduced Jan. 20 by Reps. Bobby Scott (D-VA) and Alma Adams (D-NC), would restore it. Although mine operators are generally responsible for paying black lung benefits, the fund helps finance benefits for miners and eligible survivors or dependents when no responsible mine operator is identifiable or the operator is out of business.

Effective Jan. 1, the tax rate fell to 50 cents a ton on underground coal and 25 cents a ton on surface coal – a 55% reduction from the previous rates of $1.10 and 55 cents, respectively. The fund already stands about $5 billion in debt, according to a press release from the House Education and Labor Committee, of which Scott is chair.

The release also cites a May 2018 report from the Government Accountability Office that concluded failure to extend the previous tax rate will swell the fund’s debt to roughly $15 billion by 2050.

“Long-term funding for the Black Lung Disability Trust Fund is a necessity,” Cecil Roberts, president of United Mine Workers of America International, said in the release. “Miners are suffering from [black lung] because they dedicated their lives to providing this nation with electricity and steel. The least Congress could do is ensure that the benefits they depend on to survive will always be there.”

In a November 2020 report, the Department of Labor Office of Inspector General notes that more than three times as many coal miners were identified as having black lung disease from 2010 to 2014 compared with 1995 to 1999.

“With the number of black lung cases rapidly increasing, Congress must take action to secure health care and benefits for disabled miners,” Adams said in the release. “We can’t allow the Black Lung Disability Trust Fund to sink deeper into debt.” 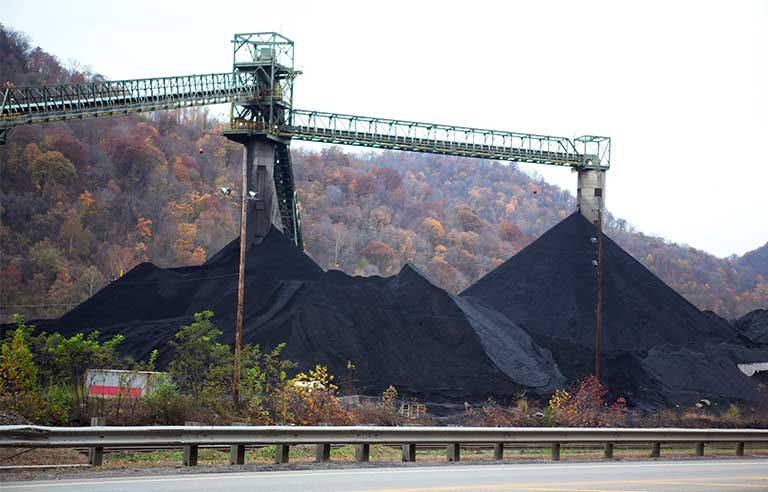 Washington — The Mine Safety and Health Administration has determined that the annual training requirements outlined in its Refuge Alternatives for Underground Coal Mines rule supply “an experience sufficient to enable miners to apply their knowledge, other training and available written instruction to effectively use the refuge alternative in an emergency.”

After multiple reopenings of the record and extensions of the comment period, MSHA announced in a notice published in the July 10 Federal Register that the rule – finalized in December 2008 and effective in March 2009 – “remains in effect without change.”

In 2009, United Mine Workers of America challenged the rule in a lawsuit filed in the U.S. Court of Appeals for the District of Columbia Circuit, citing NIOSH research in support of its push for quarterly training to better protect miners.

The court remanded the rule but didn’t vacate it, directing the agency to “explain the basis for the training frequency provision from the existing record or to reopen the record and allow additional public comment if needed.”

After reopening the record, MSHA received three public comments, including two in support of retaining the existing rule. The agency states in the notice that the rule’s approach is consistent with mandates in West Virginia, the lone state that specifies training for refuge alternative deployment requirements. It added, “MSHA concludes that annual motor-task (hands-on), decision-making and expectations training, supplemented by existing mandated quarterly review of deployment and use procedures, as well as existing mandated quarterly evacuation training and quarterly evacuation drills with review of a mine’s evacuation plan, which include discussion of emergency scenarios and options for escape and refuge, will prepare miners to deploy and use refuge alternatives appropriately and effectively in an emergency.”