This memorandum provides updated interim guidance to Compliance Safety and Health Officers (CSHOs) for enforcing the requirements of 29 CFR Part 1904 with respect to the recording of occupational illnesses, specifically cases of COVID-19. On May 26, 2020, the previous memorandum on this topic[1] will be rescinded, and this new memorandum will go into and remain in effect until further notice. This guidance is intended to be time-limited to the current COVID-19 public health crisis. Please frequently check OSHA’s webpage at www.osha.gov/coronavirus for updates.

Under OSHA’s recordkeeping requirements, COVID-19 is a recordable illness, and thus employers are responsible for recording cases of COVID-19, if:

Here is a link to a checklist for reporting occupational illness created by Dinsmore. 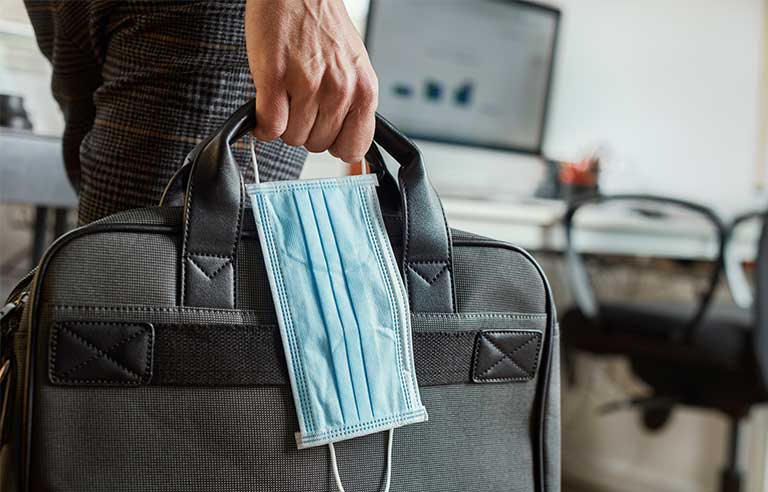 London — Despite the ongoing COVID-19 pandemic, 1 out of 14 workers say they’d go to work even if they feel sick and regardless of how severe their symptoms are, results of a recent survey show.

Commissioned by Thermalcheck, a manufacturer of no-contact temperature check stations, marketing research company One Poll surveyed 2,000 U.S. workers to learn how they’d handle their health when returning to the workplace during and after the pandemic. Nearly half said they feel pressure from their boss to go to work when sick. Feeling guilty was the leading motivator to work while sick.

“Despite the pandemic and the advice to avoid others if you feel unwell, there are still a large number of workers who will feel they need to go into the workplace,” a Thermalcheck spokesman said in a statement. “This approach to working while unwell needs to change and employers need to ensure the safety of their workforce.” 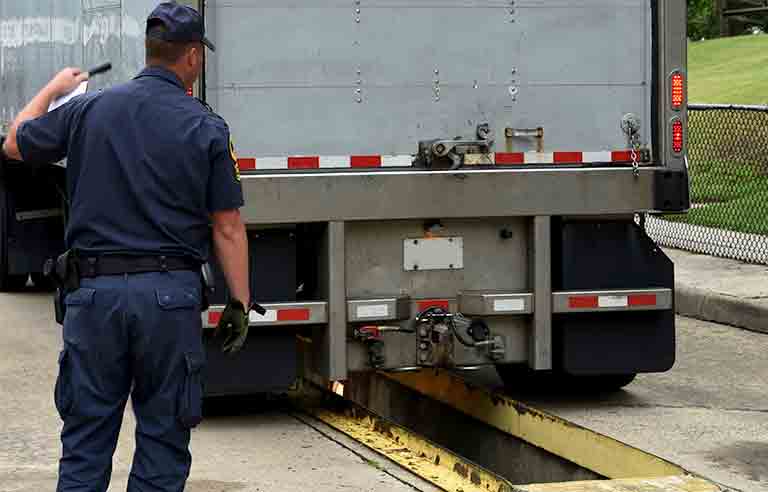 Inspectors are expected to place special emphasis on brake hoses and tubing during this year’s outreach and enforcement campaign.

In a July 8 press release, CVSA President John Samis said vehicle and driver safety remain the “top priority” of the alliance, and conducting inspections is an especially vital task amid the COVID-19 pandemic as drivers transport essential goods.

“We need to do everything we can to ensure that the vehicles truck drivers are driving are as safe as possible,” Samis said. “Brakes are one of the most important systems in a vehicle. Failure of any component of a brake system could be catastrophic. Routine brake system inspections and component replacement are vital to the safety of commercial motor vehicles.”

The event, scheduled during Brake Safety Awareness Month, is part of CVSA’s Operation Airbrake campaign conducted in partnership with the Federal Motor Carrier Safety Administration and the Canadian Council of Motor Transport Administrators. 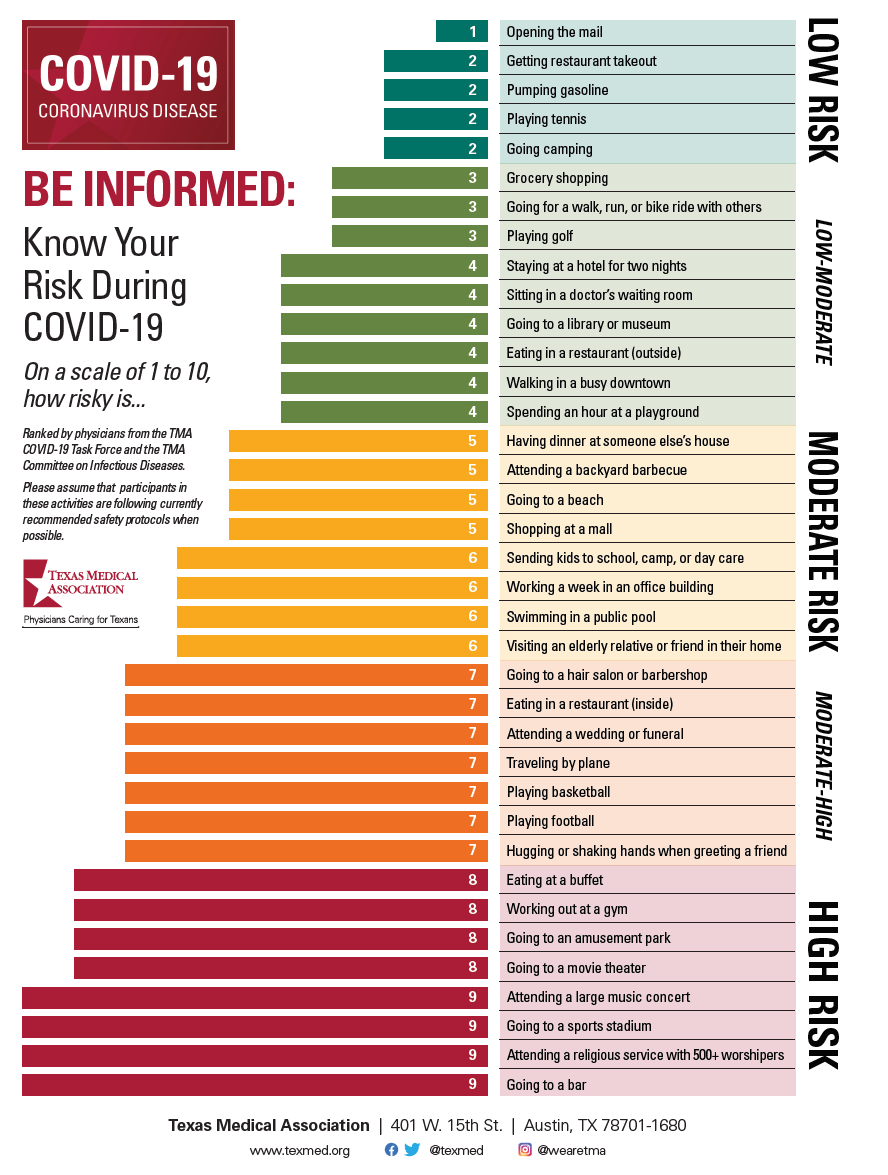 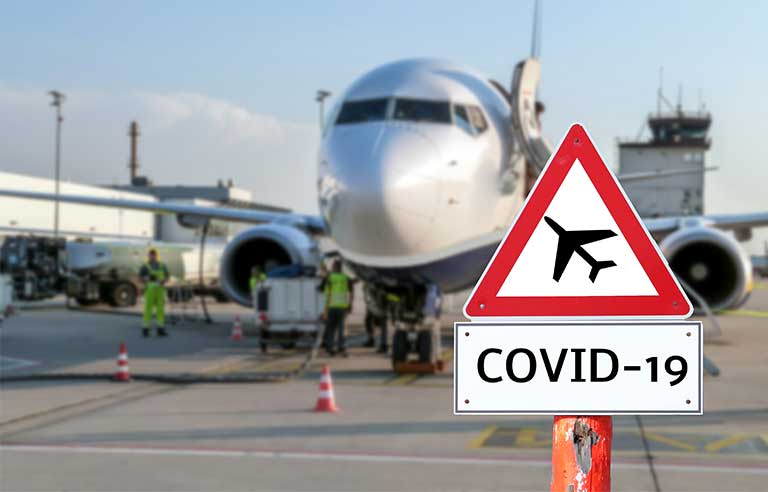 Atlanta — The Centers for Disease Control and Prevention has published a series of fact sheets for airport, airline and transit employers to help protect their workers from exposure to COVID-19.

Each of the 12 fact sheets contains steps employers should take, tips for workers based on specific job tasks, instructions on which surfaces should be cleaned and disinfected, a link to the Environmental Protection Agency’s list of approved disinfectants for use against the coronavirus (SARS-CoV-2) that causes COVID-19, and links to other COVID-19-related online resources.

The fact sheets explain how COVID-19 can spread, describe who is at higher risk for more serious complications and list the disease’s common symptoms. 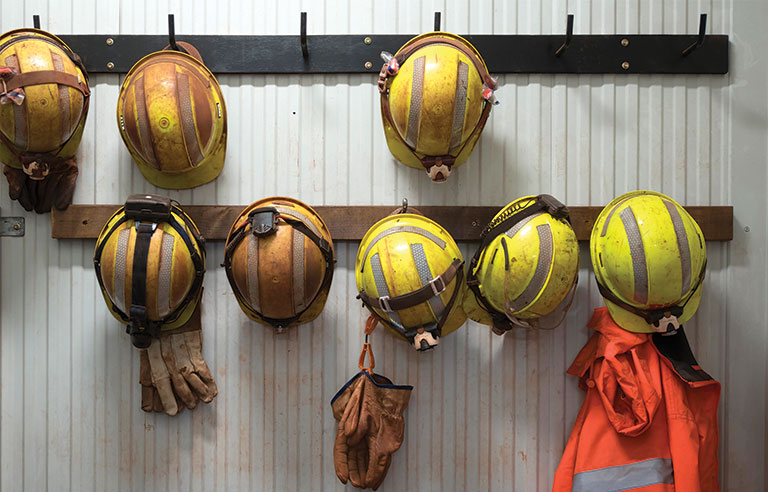 Washington — Bipartisan legislation recently introduced in the Senate would require the Mine Safety and Health Administration to issue an emergency temporary standard within seven days of enactment, followed by the issuance of a final rule.

The COVID-19 Mine Worker Protection Act (S. 3710) – introduced May 13 by Sen. Joe Manchin (D-WV) – would forbid mine operators from retaliating against mine workers who report infection control problems to employers or any public authority.

According to May 14 press release from Sen. Sherrod Brown (D-OH), one of the bill’s seven co-sponsors, the legislation also would require:

“Miners have put their health at risk for years to power our country,” Brown said in the release. “Now they’re facing more danger, as working conditions put them at higher risk of contracting COVID-19.”

MSHA says it has received a “high volume” of questions about COVID-19. In response, the agency published an information sheet with recommendations for miners and mine operators to help prevent the spread of the disease, along with a list of actions MSHA has taken during the ongoing pandemic.

Miners and mine operators are encouraged to stay home when sick, avoid close contact with others, wash hands frequently, and regularly clean and disinfect equipment and commonly touched surfaces.

The bill – co-sponsored by five other Senate Democrats and Sen. Shelley Moore Capito (R-WV) – was referred to the Senate Health, Education, Labor, and Pensions Committee on May 13.

On June 5, 2020, the Federal Motor Carrier Safety Administration (“FMCSA” or “Agency”) issued a three-month waiver in response to the “economic emergency” created by the Covid-19 pandemic, relieving employers of the obligation to conduct pre-employment drug testing of commercial motor vehicle drivers who have been furloughed for more than 30 but less than 90 days.

Normally, if the driver has been furloughed or laid off for more than 30 days and was not subject to random controlled substances testing, the employer must conduct another pre-employment test before placing the driver in a safety sensitive position. Now, the employer can forego the testing, provided certain other standard requirements are still met.

As they say, the devil is in the details. Employers wishing to take advantage of this waiver are encouraged to read the FMCSA’s web post closely to insure they are complying with its terms, conditions and restrictions. The FMCSA was able to justify issuing this waiver from a safety perspective because of the existence of the Clearinghouse, which went live in January 2020, as it provides employers with “a useful new tool for identifying drivers’ drug and alcohol program violations that did not exist at the time the Agency enacted the original 30-day limit for the exception found in § 382.301(b).”

This 90-day waiver expires September 30, 2020. After that, employers will need to revert to following the original 30-day rule. 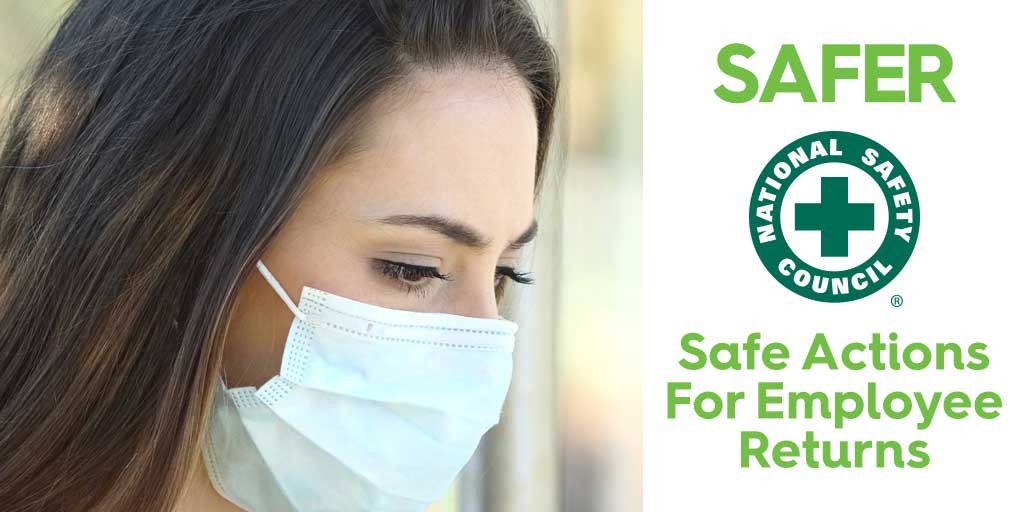 Employees returning to the workplace amid the COVID-19 pandemic may be experiencing mental health distress in several ways. Let the National Safety Council help you provide support. Use the Stress, Emotional and Mental Health Considerations for Return-to-Work Guidance playbook, developed as part of the SAFER initiative.

Mental health and your employees are one of the keys to business continuity and McCraren Compliance is here to support you. 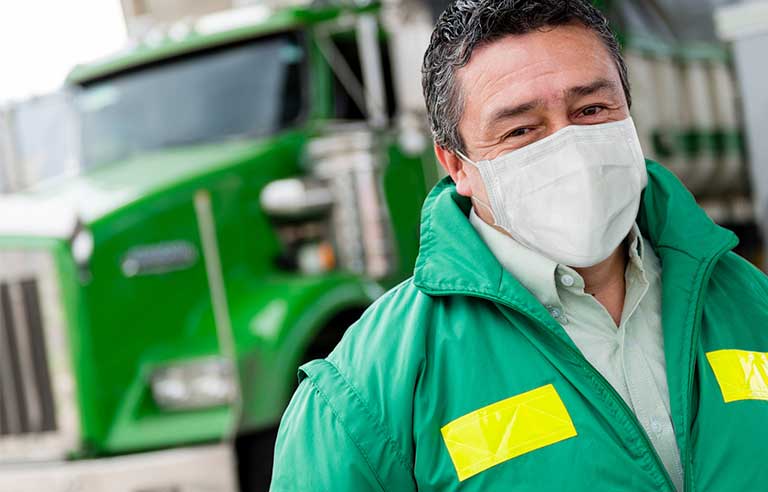 Washington — The Department of Transportation has announced it will distribute about 15.5 million cloth facial coverings to transportation workers during the ongoing COVID-19 pandemic.

Previous guidance from the Centers for Disease Control and Prevention has identified transportation workers as essential and among those in “critical infrastructure” occupations.

“Transportation workers are on the front lines of keeping our transportation systems operational during this public health emergency and their well-being and safety is paramount,” Secretary of Transportation Elaine Chao said in a May 28 press release.

Distribution of facial coverings by industry is as follows:

FEMA secured the facial coverings, which are expected to be distributed via the U.S. Postal Service “over the coming weeks.” 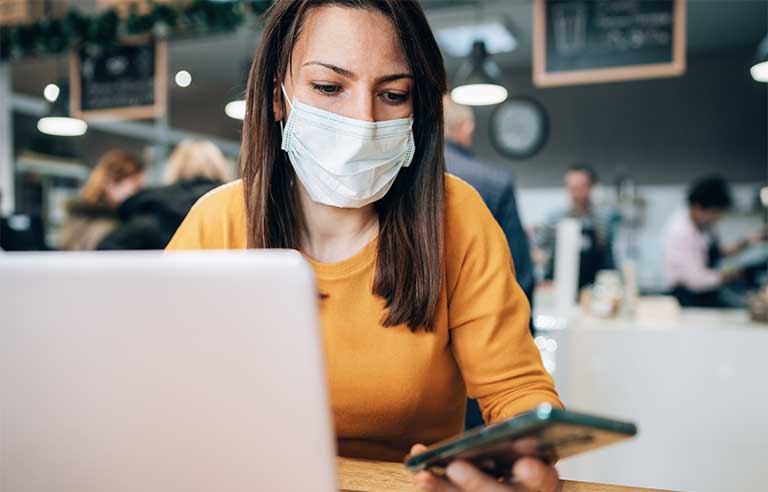 Photo: filadendron/iStockphoto
Our cellphones carry more than we think – including infectious germs – and likely serve as “Trojan horses” for the COVID-19 pandemic, researchers from Bond University say.

The researchers reviewed 56 studies from 24 countries in which cellphones were examined for bacteria, fungi and/or viruses. The studies were conducted from January 2005 to December 2019. Results showed that strains of E. coli and Staphylococcus aureus are among the most common contaminants on cellphones, which, once touched, can spread to users.

This helped frame the researchers’ hypothesis that cellphones “are most likely contributing to the spread of SARS-CoV-2” – the coronavirus that causes COVID-19 – “within different professional settings, including hospitals, and may play a significant role in viral propagation within the community,” despite the fact the review didn’t directly address SARS-CoV-2.

“The extraordinarily fast contagion that has scientists puzzled might reside within these mobile phones, spreading COVID-19 everywhere at ultraspeed,” Lotti Tajouri, the study’s lead researcher and an associate professor of biomedical sciences at the university, said in a press release. “After all, they’re everywhere, traveling the world in planes, cruise ships and trains.”

The researchers call on everyone to clean their cellphone each day, with Tajouri advising them to think of their device as a “third hand” to be shielded from bacteria.

“Let’s take that hypothesis seriously,” Tajouri said. “If we clean our phones daily and this makes a difference, then we might with this little action curve down the COVID-19 [pandemic] and save lives.”

The study was published online April 28 in the journal Travel Medicine and Infectious Disease.