The Department of Labor’s regulatory agenda for Fall 2021, released Dec. 10, includes a proposed rule that – should OSHA decide to move forward on it – would revoke Arizona’s State Plan status.

The agenda – issued by the Office of Information and Regulatory Affairs twice a year – provides the status of and projected dates for all potential regulations listed in three stages: pre-rule, proposed rule and final rule. Listings marked “long term” aren’t expected to be worked on for at least six months.

Arizona is the lone state that hasn’t issued an emergency temporary standard on COVID-19 for health care workers. OSHA published its ETS in June, and State Plan states had 30 days to adopt their own standard.

Arizona, South Carolina and Utah didn’t meet that deadline. The latter two states, however, have since issued an ETS after federal OSHA reportedly sent “courtesy letters” to notify them of the agency’s intent to begin the revocation process.

The Occupational Safety and Health Act of 1970 permits OSHA to grant approval to states that want to manage their own workplace safety and health program. One stipulation for approval, however, is that the states’ safety standards are “at least as effective” as federal standards. State standards can be stricter than federal OSHA’s standards but not weaker.

Should Arizona’s State Plan status be revoked, the state would go back to an “initial approval” status, and federal OSHA would share enforcement duties with the state, or “concurrent enforcement.”

This may not come to fruition, however, because the Industrial Commission of Arizona has moved forward with an ETS for health care workers, an ICA official told Safety+Health. The state has filed a “rulemaking packet” with its attorney general’s office. That’s one of the final steps in the state’s emergency rulemaking, according to the Arizona Rulemaking Manual. Read More» 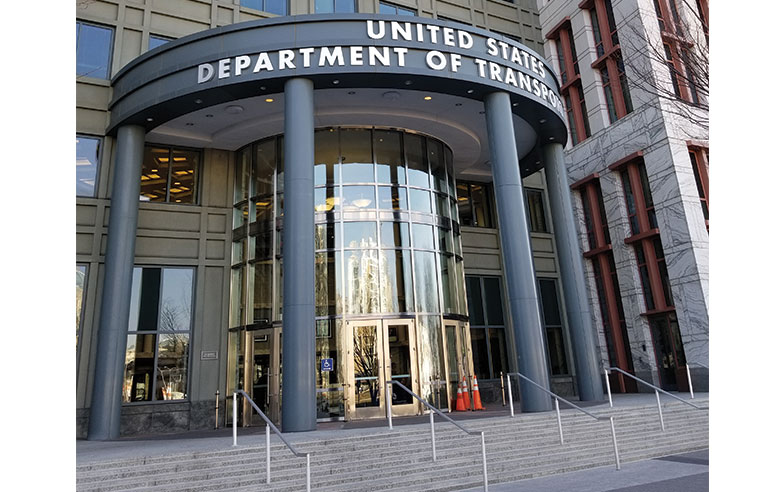 Washington — A proposal to “streamline and improve error-correction procedures, queries, and consent requirements” within the Federal Motor Carrier Safety Administration’s Drug and Alcohol Clearinghouse is among the anticipated agency actions listed on the Department of Transportation’s regulatory agenda for Spring 2021.

Released June 11, the agenda – issued by the Office of Information and Regulatory Affairs twice a year – provides the status of and projected dates for all potential regulations listed in three stages: pre-rule, proposed rule and final rule. Listings marked “long term” aren’t expected to be worked on for at least six months.

The potential measure to amend clearinghouse protocol is among seven regulations listed in the proposed rule stage, with a notice for proposed rulemaking expected in February.

FMCSA fully implemented the clearinghouse in January 2020, unveiling a national online database intended to enhance road safety by providing – in real time – the names of commercial motor vehicle drivers who have failed drug and alcohol tests.

Among the 12 regulations FMCSA lists in the final rule stage is an item concerning the addition of rear impact guards to the list of components to be examined during mandatory annual inspections of CMVs.

Designed to prevent “underrides,” which occur when a passenger vehicle strikes the rear of a CMV and slides underneath, rear impact guards have been required on CMVs for nearly 70 years, states a notice of proposed rulemaking published in the Dec. 29 Federal Register. However, the guards are excluded from the list of components in Appendix G for required inspections, meaning a CMV can pass an annual inspection with a missing or damaged rear impact guard, according to FMCSA.

The agency also is proposing to amend labeling requirements for the guards “and to exclude road construction controlled (RCC) horizontal discharge trailers from the rear impact guard requirements,” the NPRM states.

A final rule is expected to be published in November.