Washington — The Federal Motor Carrier Safety Administration is proposing to add rear impact guards to the list of components to be examined during mandatory yearly inspections of commercial motor vehicles.

Rear impact guards are designed to prevent “underrides,” which occur when a passenger vehicle strikes the rear of a CMV and slides underneath.

According to a notice of proposed rulemaking published in the Dec. 29 Federal Register, rear impact guards have been required on CMVs for nearly 70 years but aren’t included on the list of components in Appendix G for required inspections. This means that a CMV can pass an annual inspection with a missing or damaged rear impact guard, FMCSA notes.

Additionally, the agency is proposing to amend labeling requirements for the guards “and to exclude road construction controlled (RCC) horizontal discharge trailers from the rear impact guard requirements.”

The deadline to comment on the proposed rule is March 1.

McCraren Compliance can help you understand and comply with FMCSA and USDOT to ensure your drivers and your vehicles operate safely and efficiently. 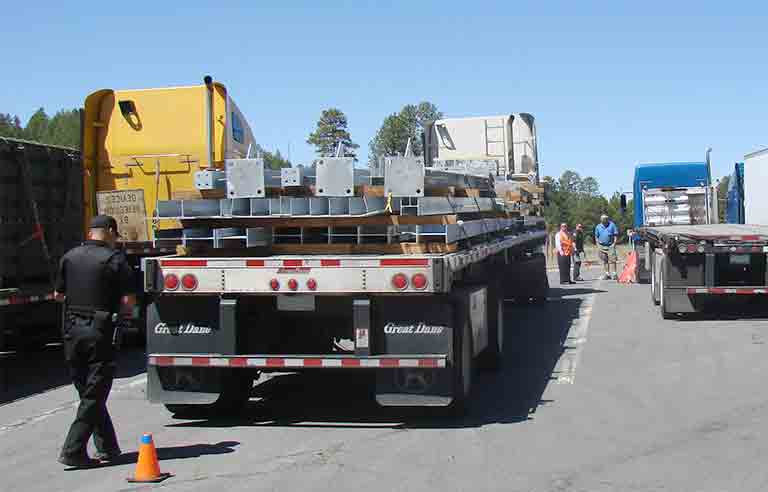 Conducted Aug. 23-29 – during Brake Safety Awareness Month – this year’s outreach and enforcement campaign saw more vehicles inspected and fewer placed out of service than in 2019, when those totals were 34,320 and 4,626 (13.5%), respectively.

According to CVSA, 53 jurisdictions – including 45 in the United States – participated in this year’s event, which involved both announced and unannounced brake system inspections. Inspectors put special emphasis on brake hoses and tubing; a separate data query from participating jurisdictions found 6,697 hose chafing violations.

“Although many commercial motor vehicle enforcement agencies were forced to reduce services in the spring due to the (COVID-19) pandemic, it was important that we resumed inspection and enforcement duties as soon as it was safe to do so,” CVSA President John Samis said in a press release. “With truck drivers designated ‘essential personnel’ by the government, we needed to ensure that the vehicles traversing our roadways were safe to support commercial drivers as they selflessly continued to work during such a difficult and challenging time.”

Brake Safety Week is part of CVSA’s Operation Airbrake campaign, which is conducted in partnership with the Federal Motor Carrier Safety Administration and the Canadian Council of Motor Transport Administrators.

From July 12 to July 18, law enforcement officials throughout the United States and Canada were on the lookout for commercial and passenger vehicle drivers engaging in unsafe behaviors such as following too closely, not wearing a seat belt and distracted driving, while placing added emphasis on speeding, CVSA states in a Sept. 2 press release.

Citations and warnings related to speeding were most common among both groups of drivers. Commercial motor vehicle drivers received 2,339 citations and 3,423 warnings for speeding, while passenger drivers accounted for 14,378 citations and 11,456 warnings.

Rounding out the top five citations issued to CMV drivers: failure to wear a seat belt (1,003), failure to obey a traffic control device (617), texting or using a handheld phone (269), and improper lane change (122).

The next most common citations issued to passenger vehicle drivers were failure to wear a seat belt (932), possession/use/under the influence of alcohol and/or drugs (452), failure to obey a traffic control device (399), and improper lane change (273).

The rate of motor vehicle-related deaths jumped 20% in the first half of the year compared with the same period in 2019 – despite a 17% drop in the number of miles driven – according to preliminary estimates released Sept. 15 by the National Safety Council. 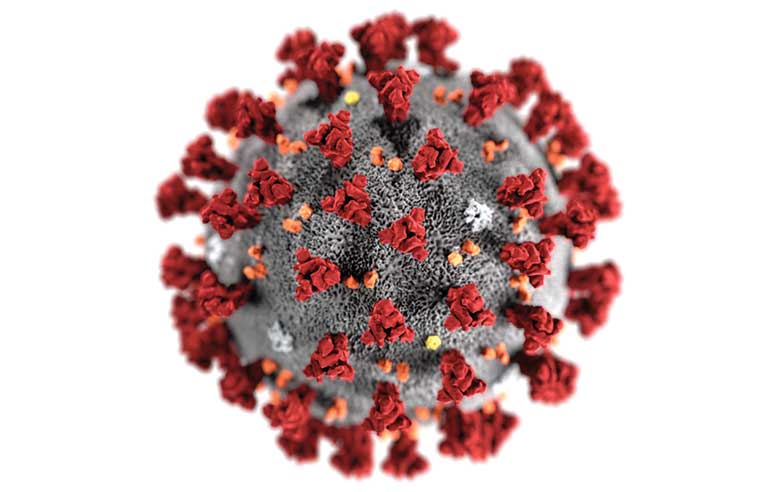 The toolkit includes a checklist to “determine whether control measures in place align with CDC/OSHA guidance.” CDC recommends conducting a checklist assessment when a COVID-19 control plan is developed and each time it’s revised. The assessment should include these steps:
Pre-assessment: Inform all parties of the assessment’s goals. Work as a group to review the checklist to determine if each part applies to your company.
Walkthrough: While conducting the walkthrough of a facility, use the checklist to document what you find. Observe as much of the plant processes as possible. Limit participation to those familiar with plant processes.
Post-assessment: After conducting the assessment, discuss observations, develop action items, determine steps to protect workers, and prioritize actions to take to control and prevent the spread of COVID-19.

Other resources are quick reference slides for safety pros and health officials, as well as quick reference guides in the form of one-page flyers for employers and employees. The toolkit also can be used to assess manufacturing facilities’ overall hazard assessment and control plans.

CDC says the guidance will be updated “as needed and as additional information becomes available.”

Officers will be looking for drivers who are texting, following too closely, not wearing seat belts or maneuvering in otherwise unsafe manners, while placing added emphasis on speeding.

A May 12 CVSA press release cites recent findings from the Governors Highway Safety Association showing that state highway officials nationwide “are seeing a severe spike in speeding” as traffic volume has decreased as a result of quarantines and stay-at-home orders related to the COVID-19 pandemic. Preliminary estimates from the National Safety Council show that, in March, the rate of motor vehicle deaths in the United States was 14% higher than in March 2019 despite fewer drivers being on the road.

“It’s essential that this enforcement initiative, which focuses on identifying and deterring unsafe driving behaviors such as speeding, go on as scheduled,” CVSA President John Samis said in the release. “As passenger vehicle drivers are limiting their travel to necessary trips and many [CMV] drivers are busy transporting vital goods to stores, it’s more important than ever to monitor our roadways for safe transport.” 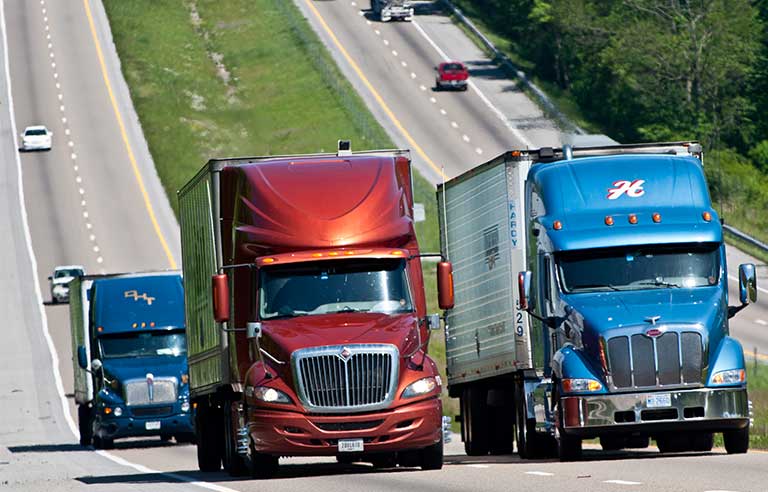 Greenbelt, MD — In response to industry concerns about the COVID-19 pandemic, the Commercial Vehicle Safety Alliance has postponed its 33rd annual International Roadcheck – an enforcement and safety outreach event initially slated for May 5-7.

According to a March 25 press release, CVSA officials will monitor the pandemic and, “when it’s safe and reasonable to do so,” announce new dates for the event, during which inspectors throughout North America will examine braking systems, lights, tires and other commercial truck and bus components. In the meantime, enforcement personnel will continue to perform daily duties.

“As we urgently respond to this time-sensitive crisis, we must remain diligent and committed to ensuring that the commercial motor vehicles and drivers providing essential goods and services to our communities are following motor carrier safety regulations,” CVSA President John Samis said in the release. “Safety doesn’t take a break. It is always our top priority.

“International Roadcheck has run on schedule for the past 32 years, so its postponement was thoroughly and thoughtfully discussed before we made this decision, but it wasn’t a difficult decision to make. This experience is unprecedented in our modern society and we need to do all that we can to help stop the spread of this global pandemic.”

Last year’s International Roadcheck resulted in more than 67,000 inspections and placed 17.9% of vehicles and 4.2% of drivers inspected out of service.

CVSA states in the release that other public enforcement initiatives set for this summer, including Operation Safe Driver Week (July 12-18) and Brake Safety Week (Aug. 23-29), remain as scheduled.

Officers using mobile ports to check semis driving through reservation
PHOENIX – To enhance safety on state highways, the Arizona Department of Transportation’s Enforcement and Compliance Division partnered with the Hopi Tribe to set up a mobile commercial vehicle inspection site on the reservation.

Concerned that overweight semi trailers and those in violation of safety regulations may be using state roads that pass through the Hopi reservation to evade commercial ports of entry, the tribal government reached out to ADOT for assistance. ADOT sent officers to set up a mobile inspection site along State Route 264 near the junction with State Route 87, while officers patrolled other parts of SR 264, SR 87 and Indian Route 2 to ensure that commercial vehicles weren’t evading the mobile inspection site. Continue reading»

This year’s outreach and enforcement campaign, created in partnership with the Federal Motor Carrier Safety Administration and Canadian Council of Motor Transport Administrators, will place special emphasis on brake hoses and tubing. Inspectors also will be looking for other critical non-brake-related violations.

“We all know how important a properly functioning brake system is to vehicle operation,” CVSA President Jay Thompson said in a June 18 press release. “All components of the brake system must always be in proper operating condition. Brake systems and their parts and components must be routinely checked and carefully and consistently maintained to ensure the health and safety of the overall vehicle.”

The event is part of CVSA’s Operation Airbrake campaign, which began in 1998.