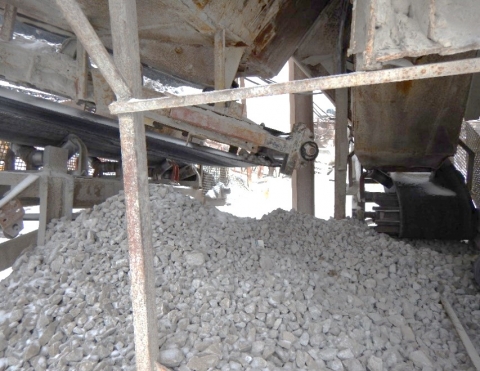 This is the third fatality reported in 2021, and the second classified as “Powered Haulage.”

MINE FATALITY – On Jan. 19, 2021, a miner backed a haul truck to the edge of a dump point that was over steepened by a loader removing material at the bottom of the slope. When the edge of the bank failed, the haul truck traveled backwards and overturned, landing on the roof of the cab. The miner was fatally injured. 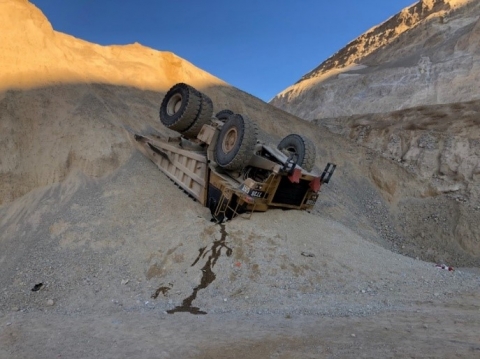 This is the second fatality reported in 2021, and the first classified as “Powered Haulage.”

MINE FATALITY – On Jan. 16, 2021, a miner was fatally injured while using a tool to remove a down-the-hole hammer. The drill motor turned unexpectedly, pinning the driller’s leg between the tool and the drill mast.

This is the first fatality reported in 2021, and the first classified as “Machinery.”

Arlington, VA — A recently proposed rule from the Mine Safety and Health Administration would revise testing, evaluation and approval regulations for mine equipment and accessories powered by electric motors intended for use in environments with gases.

The proposed rule, published in the Nov. 19 Federal Register, would establish a one-year transition period in which mine operators may use equipment and accessories that satisfy either 14 voluntary consensus standards or the existing MSHA approval requirements.

Mine operators would thereafter be required to “use the consensus standards for equipment and accessories covered by consensus standards,” a Nov. 18 agency press release states. MSHA contends the proposal is aimed at promoting the use of advanced technologies that will foster improved mine safety and health, as well as enhance the efficiency and effectiveness of the agency’s approval process.

“MSHA believes that a 12-month transition period will provide manufacturers, approval holders and applicants enough time to make design and build changes necessary to meet the required specifications of the VCS for new applications,” the proposed rule states.

“The industry has long advocated for updates to the standards, which limit companies’ ability to use the latest available technologies to create safer mine environments,” NMA President and CEO Rich Nolan said in a Nov. 18 press release. “Current standards have resulted in a backlog of superior technologies awaiting MSHA approvals, even as those technologies are being used successfully in mines elsewhere around the world or by other occupations in the U.S.

“The proposed updates will allow us to provide the best available protection for miners through a more efficient and effective process. Put simply, this translates into people being safer sooner.” 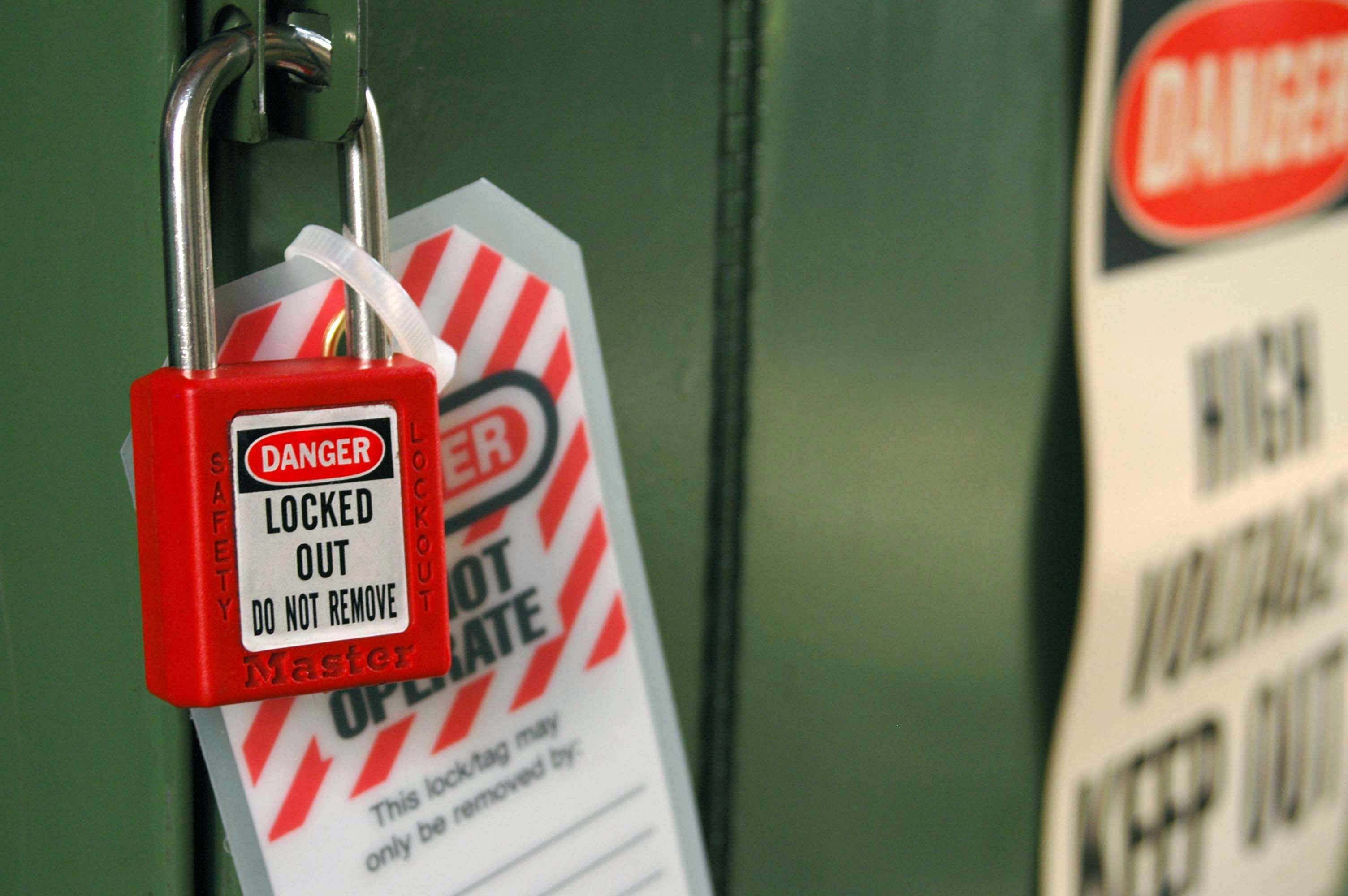 Arlington, VA — Spurred by numerous fatalities related to the hazards of working near belt conveyors, the Mine Safety and Health Administration has issued a safety alert.

Published on Sept. 3, the alert states that eight fatalities involving belt conveyors have occurred in the industry since Jan. 26, 2017. Six involved miners working near a moving conveyor, and two occurred during maintenance on an idle conveyor.

“All of these fatalities could have been prevented with proper lockout/tagout and blocking against motion before working,” the alert states.

MSHA details the most recent incident, which occurred in December and remains under investigation. A miner was fatally injured after removing a splice pin from a mainline conveyor that was caught between the belt and frame of the belt tailpiece.

The agency lists multiple best practices for working safely near belt conveyors, including:

MINE FATALITY – On August 18, 2020, a miner was killed while attempting to clear a material blockage. The miner entered the cone crusher to begin work when the material shifted and engulfed him.  He was extracted from the crusher and taken to a hospital, where he died the next day. 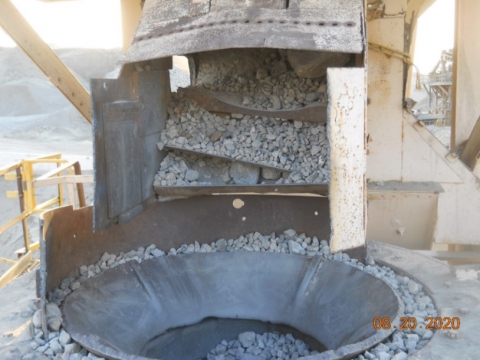 This is the 13th fatality reported in 2020, and the second classified as “Fall of Material.”

Washington — Alarmed by a recent spike in cases of coal workers’ pneumoconiosis, a deadly but preventable condition commonly known as black lung, union presidents Cecil Roberts of the United Mine Workers of America and Leo Gerard of United Steelworkers have sent a letter to Mine Safety and Health Administration leader David Zatezalo requesting stricter regulation of respirable silica dust.

In the letter, dated June 19, Roberts and Gerard cite extensive research documenting the impact of silica dust exposure on the resurgence of black lung. One study, released by the University of Illinois at Chicago in May 2018, found that more than 4,600 coal miners have developed the most severe form of black lung disease since 1970, with almost half the cases emerging after 2000.

MSHA MINE FATALITY – On June 24, 2019, a 34-year-old contractor with 10 years of experience, received fatal injuries when he fell beneath the wheels of a tractor-trailer. Miners were using a bulldozer to pull the tractor-trailer, which had become stuck in the sand. As the tractor-trailer began to be pulled, the victim was seen walking toward the side of the truck. The victim died at the scene from crushing injuries after being run over by the truck wheels. 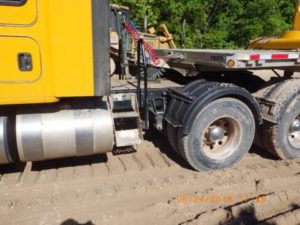 MSHA MINE FATALITY – On June 10, 2019, a 22-year-old contractor with 3 years of experience, was fatally injured when he was pinned between a front-end loader and a concrete block. The victim was working in a conduit trench, preparing to install a junction box. The plant manager was using a front-end loader above to back fill the trench. The front-end loader over travelled the edge and toppled into the trench. 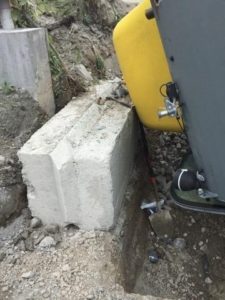 MSHA MINE FATALITY – On May 22, 2019, a 48-year-old continuous mining machine operator with 12 years of experience was severely injured when a section of coal/rock rib measuring, 48 to 54” long, 24” wide, and 28” thick, fell and pinned him to the mine floor. At the time of the accident, the victim was in the process of taking the second cut of a crosscut and was moving the mining machine cable that was adjacent to the coal/rock rib. The victim was hospitalized and due to complications associated with his injuries, passed away 8 days later. 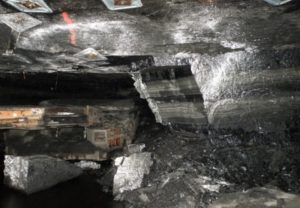