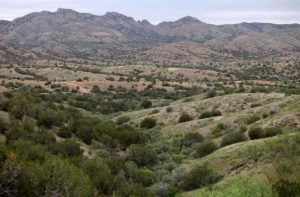 We are writing in response to the Dec. 9 guest opinion column, “Rosemont mine would bring devastation to Southern Arizona” by Tohono O’odham Chairman Edward D. Manuel and Pima County Supervisor Richard Elias.
We are with the Southern Arizona Business Coalition (SABC), which was formed to support the responsible development of new, expanding and relocating industries with an emphasis on mining and related technology here in Southern Arizona and around the state.
The headline begins with a very unfitting and disingenuous representation of the Rosemont Copper project being developed by Hudbay Minerals. There is no sound scientific evidence being presented by the authors to support their inflammatory rhetoric.
Let’s look at the facts about the need for copper and this project. As the population has increased and technology has advanced the uses and demand for copper has increased. Copper has to be mined where the ore body exists, period. This is why the Rosemont Copper project is here.
READ MORE…