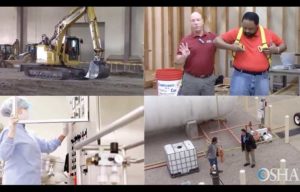 Washington — OSHA has released a new video detailing its general inspection process and the reasons for inspections.

The five-minute video describes what occurs during each of the three phases of an OSHA inspection: opening conference, walkaround and closing conference.

After an inspection, the compliance safety and health officer – or compliance officer – will share findings with the OSHA area director, who will determine whether to issue a citation. A covered establishment then has 15 days to respond to the citation. The employer’s response can include requesting an informal conference with the area director or contesting the citation.

“A safe workplace benefits everyone,” the video states. “OSHA uses both enforcement and compliance assistance to achieve this shared goal. Ensuring compliance with OSHA standards is an integral part of the agency’s mission to keep workers safe and healthy. That’s why OSHA is working to give employers the knowledge and tools they need to comply with their obligations and provide safety information to workers.”

Itasca, IL — The National Safety Council is calling on employers to restrict cannabis use among workers in safety-sensitive positions – regardless of whether cannabis consumption is allowed by their state, in a new policy position released Oct. 21.

Studies have shown that workers under the influence of cannabis can experience impaired body movement, altered senses, difficulty thinking and problem-solving, impaired memory, an altered sense of time, changes in mood, and – when taken in high doses – hallucinations and delusions.

In 2019, NSC surveyed more than 500 employers about the effects of cannabis in the workplace. Results show that:

“Research clearly shows that cannabis impacts a person’s psychomotor skills and cognitive ability,” said Lorraine M. Martin, president and CEO of NSC, in an Oct. 21 press release. “In order to protect our employees and those around them, we need to acknowledge the impairing effects of cannabis. We urge employers to implement policies stating no amount of cannabis consumption is acceptable for those who work in safety-sensitive positions.”

San Diego — For the second straight year, a driver shortage and hours-of-service rules are the top two issues affecting the trucking industry, according to the results of an annual survey conducted by the American Transportation Research Institute. Read more 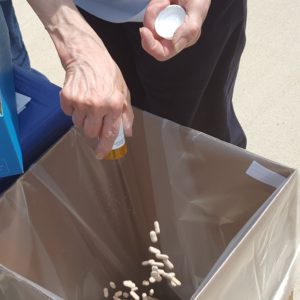 The Drug Enforcement Administration (DEA) has scheduled another National Prescription Drug Take Back Day, to be held on Saturday October 26, 2019 from 10 a.m. to 2 p.m.

The Take Back Day aims to provide a safe, convenient, and responsible means of disposal, while also educating the general public about the potential for abuse of medications. The Take Back Day provides an opportunity for Americans to prevent drug addiction and overdose deaths.

This is a great opportunity for those who missed previous events, or who have subsequently accumulated unwanted, unused prescription drugs, to dispose of those medications easily and safely.

Nearly 4 out of 5 millennial workers say their employers should do more to support their health and well-being, including making resources more readily available, according to the findings of a recent survey.

National polling firm Ipsos Public Affairs, on behalf of Welltok – an employee health and well-being software provider – surveyed more than 1,000 full-time workers, of whom 330 were millennials (age 21-34), in December 2018.

Results show that 78% of the millennial workers said companywide health and well-being initiatives are falling short.

In an Aug. 8 press release, Welltok recommends that, in addition to making resources more easily available, employers should use incentives to motivate millennial workers to participate in wellness programs. Among the top rewards the millennials said they would be motivated by are extra vacation time (64%), wellness benefits such as gym memberships (56%) and flexible work schedules (53%). 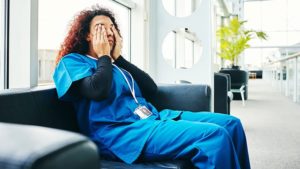 More than 1 out of 3 U.S. working adults aren’t getting enough sleep, and the prevalence of sleep deprivation has increased significantly since 2010, according to researchers from Ball State University.

The researchers analyzed 2010-2018 data from more than 150,000 working adults who participated in the National Health Interview Survey to determine the frequency of short sleep duration. Of the respondents, 35.6% reported getting less than seven hours of sleep a night in 2018. That’s up from 30.9% in 2010.

“Inadequate sleep is associated with mild to severe physical and mental health problems, injury, loss of productivity, and premature mortality,” Jagdish Khubchandani, lead study author and a health science professor at BSU, said in a press release. “This is a significant finding because the U.S. is currently witnessing high rates of chronic diseases across all ages, and many of these diseases are related to sleep problems.”

“Employers have a major responsibility and should use health promotion strategies to ensure that workers who struggle with sleep problems are assisted,” Khubchandani said. “We all suffer when our bus and truck drivers, doctors, and nurses are sleep deprived. There is a need for increasing awareness and improving the diagnosis and treatment of sleep disorders, and there needs to be emphasis on public education, training for health professionals and monitoring.”

WASHINGTON – Today, the U.S. Department of Transportation’s Pipeline and Hazardous Materials Safety Administration (PHMSA), in coordination with the Federal Railroad Administration (FRA), announced that it is publishing a notice of proposed rulemaking (NPRM) regarding the transportation of liquefied natural gas (LNG).  The proposed rule will seek comment on changes to the Hazardous Materials Regulations (HMR) to authorize the transportation of liquefied natural gas (LNG) by rail in the DOT-113 specification tank cars.

Please join us this Saturday October 19th for a workshop on Prescription Drugs.
You will learn proper disposal and storage! ALL Attendees will receive a prize!

COAL MINE FATALITY – On September 17, 2019, an electrician was electrocuted when he contacted an energized conductor. The victim contacted a 995 VAC connector while attempting to troubleshoot the scrubber motor circuit on a continuous mining machine.