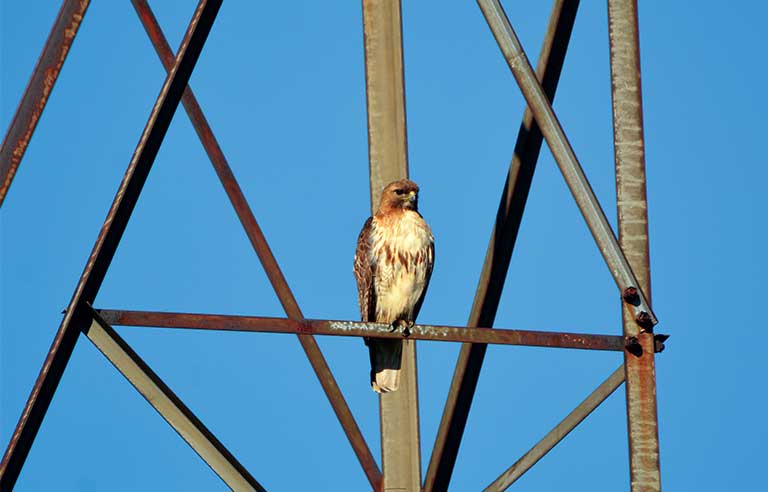 Watertown, SD — A new video from NATE: The Communications Infrastructure Contractors Association highlights the importance of hazard and environmental awareness among tower technicians who might encounter birds of prey nesting on communications towers.

Birds such as eagles, ospreys, ravens and crows roost in more than 7,500 towers across the United States. Raptor ecology expert Marco Restani, who offers insight throughout the four-minute video, calls the “best-case scenario” one in which the tower owner or carrier already has informed workers that a nest exists, allowing them to plan accordingly.

If that isn’t the case, video host Ryan Van Duzer, a travel video journalist, advises workers to consult an avian biologist to help identify the species and develop a site-specific plan before beginning work.

Restani recommends workers be aware of the basics of two pieces of federal legislation likely to influence their procedure. The Bald and Golden Eagle Protection Act of 1940 prohibits workers from ascending towers with eagles’ nests without a permit. Under the Migratory Bird Treaty Act of 1918, workers can operate on towers with nests “as long as they don’t disrupt on purpose the eggs, the young or the adults.”

Further, workers should be mindful that state laws may be more stringent than federal laws. Among species commonly encountered on towers, great horned owls are “by far the most dangerous birds to climbers,” says Restani, who recommends not working where these birds are nesting. Red-tailed hawks are the next most dangerous, and Restani says he “generally wouldn’t worry too much about” attacks from ospreys or eagles.

“Like always, there are differences between individuals, and so you should always keep an eye out when you’re climbing a tower,” Restani says.

Climbers should remember to remain tied off at all times, being mindful that birds typically approach from behind and target a climber’s head or shoulders. The strike of some larger birds can knock the victim unconscious.

The video is the latest in NATE’s Climber Connection series, which promotes safe work practices for communication tower workers. The association asks climbers and other industry stakeholders to use the hashtag #ClimberConnection when posting the video on social media platforms.