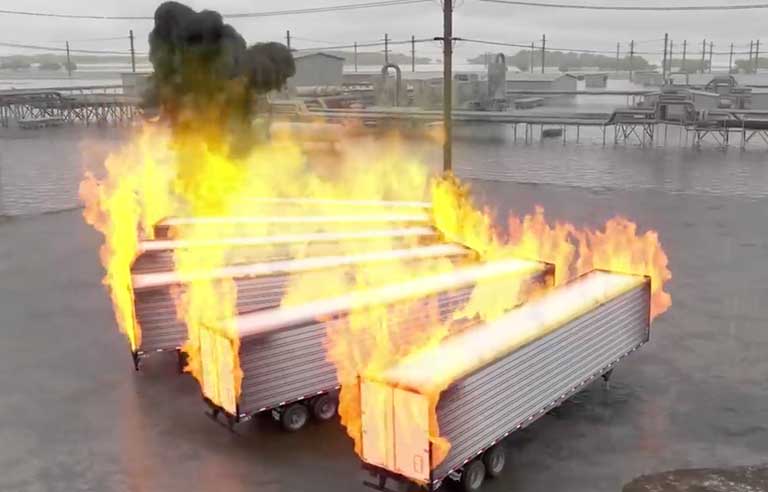 Washington — The Chemical Safety Board has published a safety alert and video intended to help hazardous chemical facilities prepare for hurricanes and other extreme weather events.

Announced in a June 23 press release, the safety alert and five-minute video include highlights from a Center for Chemical Process Safety guidance document. Assessment of and Planning for Natural Hazards, published in October, was developed after CSB’s investigation into an August 2017 incident at an Arkema Inc. chemical plant in Crosby, TX.

After flooding from Hurricane Harvey caused an evacuation of the facility, organic peroxide products stored inside a formerly refrigerated trailer decomposed and caught fire, releasing dangerous fumes and smoke into the air. Officials initially chose to keep a nearby highway open and, as a result, 21 people needed medical attention for exposure to hazardous fumes. More than 200 residents living nearby were later evacuated and could not return home for a week.

CSB found “a significant lack of industry guidance on planning for flooding or other severe weather events” despite an increase in flooding throughout the United States in recent years.

“Some experts predict this trend will continue,” CSB Chair and CEO Katherine Lemos says in the video. “The incident at Arkema is not an anomaly.

“When analyzing safety hazards at a facility, companies are not specifically required to consider the risks of extreme weather. For this reason, I’m concerned that other companies may not be aware of the potential for flooding to create process safety hazards.”