MINE FATALITY – On Oct. 27, 2020, a miner was digging a hole to install a wooden post for roof control when a section of the roof fell on him. 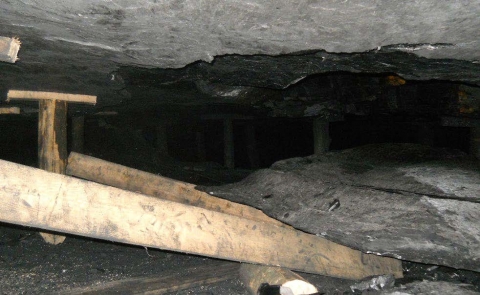 This is the 23rd fatality reported in 2020, and the first classified as “Fall of Roof or Back.”

Arlington, VA — A recently proposed rule from the Mine Safety and Health Administration would revise testing, evaluation and approval regulations for mine equipment and accessories powered by electric motors intended for use in environments with gases.

The proposed rule, published in the Nov. 19 Federal Register, would establish a one-year transition period in which mine operators may use equipment and accessories that satisfy either 14 voluntary consensus standards or the existing MSHA approval requirements.

Mine operators would thereafter be required to “use the consensus standards for equipment and accessories covered by consensus standards,” a Nov. 18 agency press release states. MSHA contends the proposal is aimed at promoting the use of advanced technologies that will foster improved mine safety and health, as well as enhance the efficiency and effectiveness of the agency’s approval process.

“MSHA believes that a 12-month transition period will provide manufacturers, approval holders and applicants enough time to make design and build changes necessary to meet the required specifications of the VCS for new applications,” the proposed rule states.

“The industry has long advocated for updates to the standards, which limit companies’ ability to use the latest available technologies to create safer mine environments,” NMA President and CEO Rich Nolan said in a Nov. 18 press release. “Current standards have resulted in a backlog of superior technologies awaiting MSHA approvals, even as those technologies are being used successfully in mines elsewhere around the world or by other occupations in the U.S.

“The proposed updates will allow us to provide the best available protection for miners through a more efficient and effective process. Put simply, this translates into people being safer sooner.”

MINE FATALITY – On August 21, 2020, a truck driver sustained fatal head injuries while he was deploying the automatic tarp on his fifth-wheel side-dump trailer. 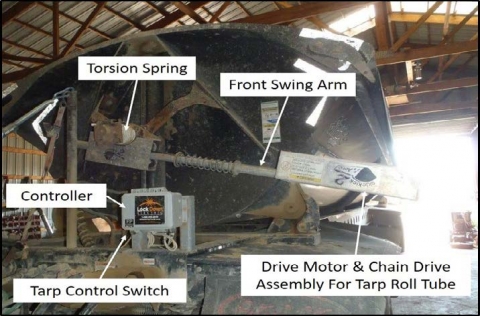 This is the sixth fatality classified as “Machinery” since August 21, 2020.

MINE FATALITY – On October 19, 2020, an excavator’s bucket struck a plant operator who was standing on the cross beam of a grizzly hopper screen.

•   Never swing buckets over work areas or operator’s compartments.
•   Maintain communication between equipment operators and miners on the ground.
•   Maintain control of equipment while it is in operation.
•   Train miners to safely perform their tasks.

This is the 22nd fatality reported in 2020, and the seventh classified as “Machinery.” 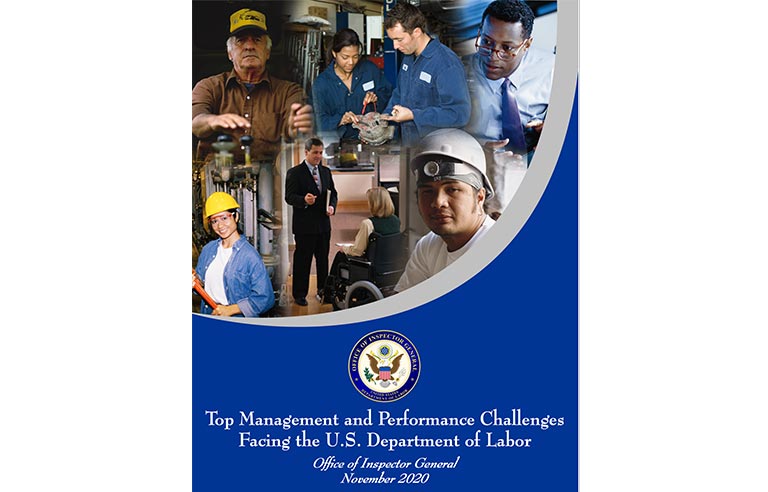 Washington — The COVID-19 pandemic has “exacerbated” the challenges for OSHA and the Mine Safety and Health Administration to use their resources to protect the safety and health of workers, according to the Department of Labor Office of Inspector General.

In 2020 DOL Top Management and Performance Challenges, an annual report released Nov. 16, DOL OIG notes that the number of whistleblower complaints has increased during the pandemic while full-time staffing in the OSHA Whistleblower Protection Program has decreased.

MSHA, meanwhile, suspended five of its enforcement activities, including its “accident reduction program,” as of May. The agency also reduced its work in 13 areas, including mine emergency operations, but continued 15 activities at full capacity, including regular safety and health inspections and fatal incident investigations.

“MSHA needs to do more to address the potential backlog of suspended and reduced enforcement activities resulting from the pandemic and develop a plan to manage the backlog once full operations resume,” the report states. “Further, MSHA needs to monitor COVID-19 outbreaks at mines and use that information to determine whether to issue an emergency temporary standard related to the pandemic.”

The report also highlights OSHA’s difficulties in verifying that employers have abated hazards at general industry and construction worksites.

Other challenges noted in the report:

OSHA revised its National Emphasis Program on respirable silica in February and issued a revised directive for inspection procedures. DOL OIG notes that the agency conducted a webinar for inspectors on how to inspect for silica violations and enforce “various provisions of the new standards.”

“OIG is currently performing an audit to determine the extent OSHA has protected workers from exposure to respirable crystalline silica,” the report states. 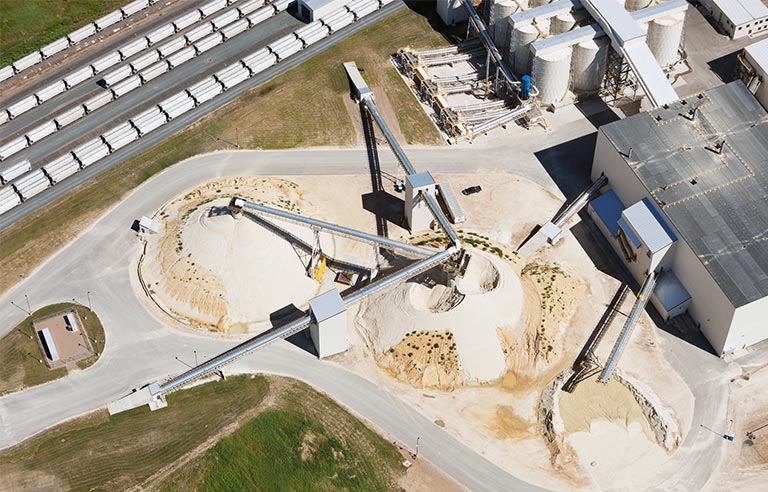 Washington — The Department of Labor Office of Inspector General is advising the Mine Safety and Health Administration to lower its legal exposure limit for silica, among other recommendations, in a report released Nov. 16.

A recent increase in progressive massive fibrosis – the most severe form of black lung disease – has been linked to “high-volume mechanized mining of decreasing deposits of coal, which releases more silica dust,” the report notes. More than three times as many coal miners were identified as having black lung disease from 2010 to 2014, compared with 1995 to 1999.

“The evidence indicates respirable crystalline silica may be responsible for this increase,” DOL OIG says.

DOL OIG also recommends that MSHA establish a separate standard to allow the agency to issue citations and monetary penalties for silica exposure limit violations. Further, it advises MSHA to increase the frequency of inspector samples “where needed” to enhance its sampling program. One example is by implementing a risk-based approach.

In a response dated Oct. 27, MSHA administrator David Zatezalo wrote that his agency does not agree with the recommendations of lowering the silica exposure limit or penalizing operators solely for exposure violations. He added that MSHA plans to issue a proposed rule on exposure to respirable quartz – one of the most common types of respirable crystalline silica.

Zatezalo said the agency will study DOL OIG’s final recommendation, including the risk-based approach, to see if sampling needs to increase under certain mining conditions.

Washington — The Department of Labor Office of Inspector General intends to conduct an audit of the number and types of inspections OSHA is using to protect workers during the COVID-19 pandemic, as well as OSHA’s plans to address future pandemics, according to a fiscal year 2021 audit work plan released Nov. 2.

DOL OIG states that “OSHA has reduced its number of inspections and increased its number of non-formal complaint investigations.” OSHA was named in a lawsuit filed by meatpacking employees in July, the document adds.

The audit is among DOL OIG’s seven OSHA-focused discretionary audits – including four related to COVID-19 – planned for FY 2021, which ends Sept. 30. Discretionary audits are conducted with funds left over after mandatory audits – those required by law or regulation – have been completed.

OIG currently is looking into the protection of OSHA inspectors’ health during the pandemic. Other planned audits concern OSHA’s collaboration with other federal agencies that conduct onsite workplace safety and health inspections, and how OSHA uses complainant interviews during inspections.

Another audit in progress is a review of OSHA’s silica standards, recently amended after 13 years of research and development. The other two planned audits will examine the Severe Violator Enforcement Program and OSHA’s “lookback reviews” on its own standards, which last occurred more than a decade ago. The latter audit will include examinations into OSHA’s nearly 50-year-old ammonium nitrate standard and 30-year-old Process Safety Management Standard (1910.119).

OIG is continuing to look into the Mine Safety and Health Administration’s modification or cancellation of more than 12,300 citations and orders from the beginning of 2013 through September 2019. Two other planned MSHA-focused audits concern the agency’s efforts to address dust sampling manipulation and mine rescue response plans.

MINE FATALITY – On October 14, 2020, a lead person was killed when his pickup truck was struck by a haul truck. Preliminary Report Overview. 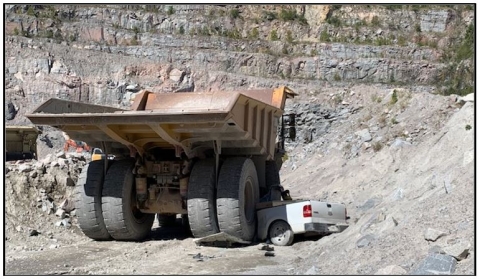 This is the 20th fatality reported in 2020 and the fifth classified as “Powered Haulage.”

MINE FATALITY – On October 13, 2020, a miner died after being struck by a battery-powered scoop. He had parked his shuttle car in an intersection and was exiting when a scoop went through a ventilation curtain in an adjacent crosscut and struck him. 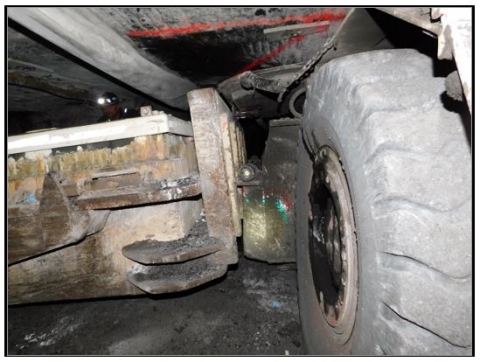 This is the 19th fatality reported in 2020 and the fourth classified as “Powered Haulage.”

MINE FATALITY – On October 9, 2020, a contractor was changing the nozzle on a hydroseeder and accidentally engaged the hydroseeder’s clutch while the nozzle was pointing towards him.  The material sprayed from the nozzle struck him, causing him to fall backward and strike his neck on the hydroseeder handrail. 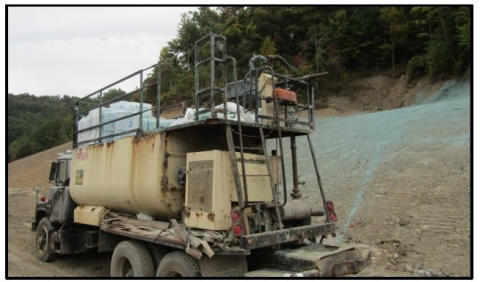 This is the 18th fatality reported in 2020 and the fifth classified as “Machinery.”