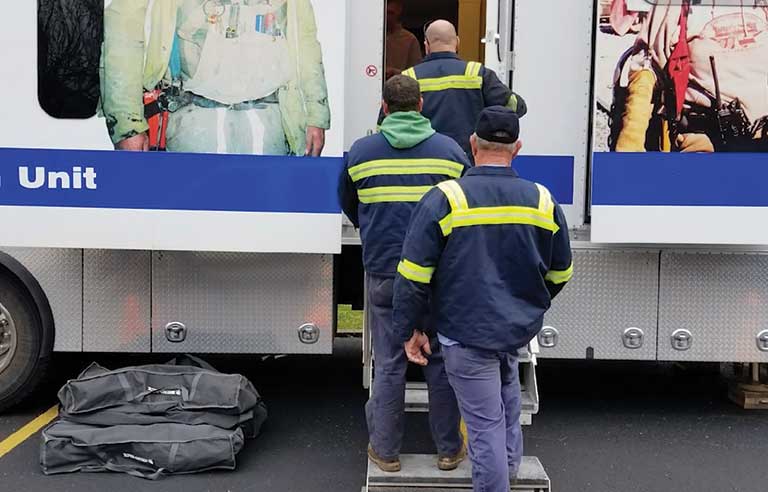 Washington — Seated on a sofa and struggling to breathe – even with the assistance of oxygen – late Kentucky coal miner Peyton Mitchell, then 42, delivers a testimonial about his battle with black lung disease.

“It just really took a toll on me,” Mitchell says in a video released Jan. 21 by NIOSH. “All the activities I could do outside, I can’t do no more. I’m pretty well on oxygen 24/7 in the house. It’s just humid outside. You just can’t get out and do anything. I just can’t do anything no more.”

Mitchell died of black lung disease in September 2018 at the age of 43. The 20-minute video, Faces of Black Lung II – The Story Continues, was produced in his memory. The video is intended to raise awareness of the growing prevalence of coal workers’ pneumoconiosis – a deadly but preventable condition commonly known as black lung – especially among younger miners. Rates of black lung disease have more than doubled over the past 15 years, according to NIOSH.

“Black lung disease kills, and it’s once again on the rise, striking miners at much younger ages than ever before,” Anne Schuchat, principal deputy director of the Centers for Disease Control and Prevention, says in the video. “It used to be that we’d see miners dying from black lung disease in their 60s, long before their time. But now, we see miners dying from black lung in their 40s. Even people that don’t have respiratory symptoms can have black lung. Catching it early can allow you to take steps to keep it from progressing to severe lung disease.”

NIOSH reminds mine workers that free, confidential health screenings are available through the agency’s Coal Workers’ Health Surveillance Program. Miners are eligible to receive a chest X-ray, breathing test and symptom assessment once every five years at a clinic near their mine, Public Health Service Commissioned Corps Cdr. Cara Halldin, who helps lead CWHSP, says in the video. Additional screenings are offered via a NIOSH mobile testing unit.

Branham and Bartley, who along with Mitchell followed a family tradition of working in the mines, offer advice about the importance of early screening and detection.

“Just remember: Take care of yourself,” Branham says. “Because right now, I’ve got two 9-year-olds that I can’t play basketball with. I’ve got a boy I moved into college. I had to stop packing his clothes into his dorm. You can’t do what you used to.”

Adds Bartley: “Do I have any regrets working in the mines? No. I didn’t think I would get sick. My advice if you’re starting up … working in a mine: Stay in good air. Always be safe, work safe.” 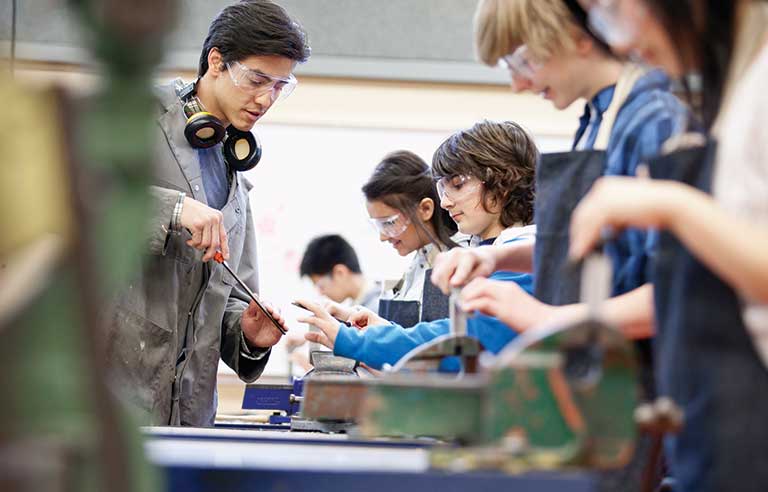 America Achieves’ career exploration course, Quest for Success, is designed to help students “learn about and prepare for jobs of the future,” NIOSH states.

The curriculum includes safety and health competencies related to identification of and control strategies for common workplace hazards. The material was adapted from Youth@Work – Talking Safety, another free curriculum from NIOSH and its partners.

“Ensuring that future jobs are also safe and healthy jobs is critical to ensuring the health and well-being of the workforce,” NIOSH Director John Howard said in a press release. “NIOSH is pleased to partner with America Achieves to work together to prepare future generations of workers with the knowledge and skills they need to stay safe at work through an innovative career readiness resource.”

Quest for Success was developed with feedback from national experts, employers and other industry partners. America Achieves launched a pilot program for the curriculum in 2018 with more than 2,400 students in Louisiana. It was later revised and adapted for a nationwide audience, according to the release.